In a tough situation, dishonesty sometimes seems like the best approach, and in the short-term, you may feel justified. You can buy yourself some extra time to finish a project or close a tough sale by stretching the truth. Eventually, however, those false statements will catch up to you, and the long-term costs outweigh the gains. Honesty and integrity work in the opposite direction: they might hurt you in the short-term, but when they become core principles of your business, you’ll experience growth on several levels over the long-term.

If you’ve ever watched television after 11 P.M. you’ve seen the commercials for miracle diet pills or workouts that will make you lose weight, without leaving the couch. These commercials are a prime example of overpromising to the consumer. There’s no way that the product can fulfill the promises made by the company, so there’s no reason to trust what the company has to say.

In your own company, honest and integrity help you to make only those promises that you know you can keep. Over time, you build a foundation of trust that encourages your staff and your consumers to believe in the message that you put forth. When you claim that your product increases productivity, reduces costs, or improves the user experience, consumers have little reason to be skeptical of your claims.

Create A Culture Of Truth

WorldCom. Enron. Lehman Brothers. AIG. These names have become synonymous with crooked accounting practices, corporate lies, and fraudulent behavior. All of these companies eventually failed, costing thousands of people their jobs, and destroying billions of dollars in investments. Almost all of the major financial meltdowns occurred in companies that didn’t foster a culture of honesty and integrity. Low-level employees exaggerated performance numbers to avoid a reprimand from their boss. Middle managers lied to upper management; upper management lied to the investors, and soon the company, and stock price, collapsed.

When you practice honesty and integrity, you can demand those same traits from your staff, making them less likely to hide information from you, or to overstate their achievements.

Companies make mistakes. Sometimes it’s due to negligence, other times it’s a legitimate error. In October of 2015, General Mills announced a recall of thousands of boxes of cereal due to the contamination of a gluten-free facility. For General Mills, the recall did not have a negative impact on sales, primarily because General Mills is consistently ranked as one of America’s most reputable companies.

Honesty and integrity build a reputation that drives sales, and provides a safety net when a genuine mistake occurs. Consumers don’t feel as though you’re misleading them, so they are quick to forgive, and willing to continue their relationship with your company.

Watch any seven-year-old, and you’ll know when they’re lying. They shift their feet, can’t look you in the eyes, and their speech becomes less fluid. Children do these things because their bodies are uncomfortable with the lie, and they’re worried that you’ll discover the truth.

Without honesty and integrity you can’t speak with any confidence. Every word you say only serves to cover fibs or overstatements, and there’s a constant fear that you’ll get caught. When all you do is speak the truth, you gain confidence in the claims that you make, and that confidence increases the strength of your sales pitch, allowing you to close more deals.

Honesty and integrity are traits that require constant attention, and an integration into your company culture. If you succeed in incorporating these traits, your business will be stronger and more profitable.

As you build your reputation and client base, you'll want to build strong relationships with your clients too. Use these 3 strategies. 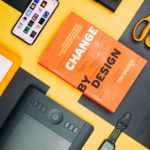 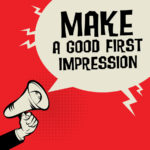 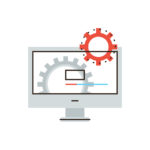 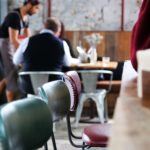 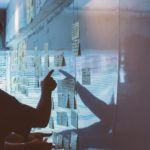 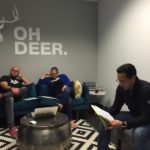